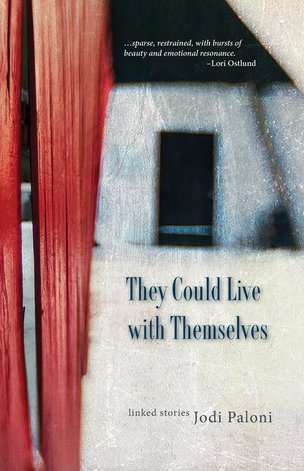 The most defining characteristic of small towns—and the characteristic that Jodi Paloni reveals with such wrenching precision in her debut collection of linked stories about the fictional small town of Stark Run, Vermont—is not so much that everyone knows everyone else so well. After all, that’s been said enough times already to be an adage. No, the aspect of small town culture that Paloni’s stories so sharply illuminate is the way in which being known defines who you are and, at times, outlines who may or may not become.

Life in a small town, Paloni’s stories seem to say, is a macrocosm of Anne Tyler’s description of marriage in The Accidental Tourist: “… [M]aybe it’s not just how much you love someone. Maybe what matters is who you are when you’re with them.”

In story after story, Paloni deftly approaches the nature of identity in a way that transcends the small town container of her stories. She tests the elasticity of identity, examining how it both evolves and gets caught and sometimes torn on the hooks of others’ expectations. Her narrators navigate a palpable and convincing tension between the deep comfort and affirmation of being seen and known, and the limitations created by how others view and define us. As they confront situations ranging from a deadly hate crime against a beloved pet to the tragic drowning of a younger brother to a young wife dying of anorexia, Paloni’s characters wrestle with the question of whether or not they are living as their truest selves, the selves they were born to be. The wrestling can be painful. More painful, however, are the moments in which characters appear to lack the freedom—or is it awareness?— to ponder these questions in the first place.

In “The Physics of Light,” Sky, who attends community college for photography and dates a classmate named Emily, believes he won’t be able to show his most powerful photographs of Emily at his upcoming one-man show, what with “this being too small of a town.” But the night before the show, Sky reaches out to Meredith Webb, the young high-school art teacher whose class he’d taken a year earlier. Meredith studied art in Philadelphia but ended up back in Stark Run to care for her dying mother. During Sky’s visit, a repressed synergy, artistic and sexual, breaks through the surface for both of them. But Meredith insists they will never be accepted in Stark Run, and that Sky must pursue his art first and foremost. Forced to choose between the expectations and obligations of his community and his path to becoming the person he wants to be, Sky walks home from Meredith’s the morning after their encounter and sees Stark Run as if for the very first and last time, every house and tree in surreal detail. Here, Paloni’s prose blooms in perfect resonance with the burgeoning possibility to which Sky is awakening: “He senses a narrative, too, not about the people and places that surrounded his childhood, but a broader scope: a pre-history, a present moment with his eye at the center of it, and a blank page. The expanse of that page lifts him.”

Many of Paloni’s characters appear repeatedly, reflecting and refracting off of one another, unifying the collection’s theme of how we find ourselves within the fabric of our lives, and creating a kind of atmospheric mist that amplifies the cumulative emotional effects as characters endure desire, loss, resignation, and renewal. In the wry and nostalgic story, “Bench Girls,” Jack’s wife Molly, after raising five children, leaves for a three-month internship with a yoga center. In Jack’s mind, she is as “gone as a person can get outside of death.” After all, Jack has retired from the hardware store to spend more time with Molly. In his estimation, they were supposed to be doing all kinds of things together now, including “working on their sex life.” But in Molly’s view, the yoga internship will be good for both of them. Still, she is miserable, lonely, and filled with hunger, metaphorical and literal, as we discover one night when she breaks herself out of the center to order a pizza in the parking lot and to call Jack from the car while she devours it whole.

In “Ms. Bellamy,” Maeve, a veteran English teacher—unmarried and childless—finds herself being pushed with false politeness into an unwanted early retirement by an overzealous new principal. As the date of the public school board meeting about the issue draws near, Maeve cannot decide whether to slip gracefully from her teaching post or to fight for her right to do the work she loves. That struggle peels back the drapes of memory to a much earlier time when Maeve was electrified with a love she could not express for her childhood friend, Evaline, and then to her college years and her love affair with a female poet who abandoned Maeve to caravan west in a train of Volkswagons. From there, Maeve subdued her body’s cravings by losing herself in her love of books. Now, after years of teaching nearly every resident of Stark Run to write a decent composition, Maeve thinks of the things she has let slip away—sex, companionship, marriage, children. When Paloni writes, “She’d given them her life,” the mournful double entendre haunts.

In the beautiful story, “Mabel, Mabel,” eleven-year-old Charlotte wishes desperately for her mother to return from rehab before Charlotte’s twelfth birthday. But instead, in one of the book’s most tender moments, Mr. Bartlett, proprietor of the local bakery where Charlotte helps out on Sunday mornings, bakes Charlotte a box of birthday cheese puffs, just like her mother would have if she’d been home. “Mr. Bartlett is a nicer person than I am, but twelve is too old for cheese puffs,” Charlotte tells herself. She leaves the open box on a park bench. “A crow lands on the bench, first one, then another, and another. I back away and watch one of them jump down next to the box. He pecks at the string, and then sticks his beak straight into the box, stabbing at the puffs. The others join in. They want and they want.”

Ultimately, it may be in “The Air of Joy,” one of the last stories in the collection, that the theme of becoming and the constraints of Tyler’s “who you are when you’re with them” is expressed in the most explicit and universal way, reminding us that no one is immune from the false walls of others’ perceptions, no matter the size of our towns. In this story, Addison’s beautiful wife, Ruby, asks Addison if she can ride home from the Winter Solstice dance at Town Hall with Carl. She wants to feel “the air of joy of on her face.” By March, the couple’s divorce is final, and Addison is surprised at how little he misses Ruby. “Shouldn’t a man miss his beautiful wife?” he wonders. But when Ruby comes back for a surprise visit later that spring, Addison realizes that only in her absence has he become fully himself. “I didn’t know how to be with you,” he tells her. “Now I do know how to be. How I like to be.” It occurs to Addison that if he was “ever asked such a question again by a woman, a question not exactly like Ruby’s of wanting to drive home with another man, of course, but if he ever found himself in a similar situation, he would put the question back to her. He would ask the woman, Who is it that you want to be? It would sound odd, of course, out of context, perhaps, or untimely, very odd. But nonetheless, he would ask."

As for us, we, too, after reading Jodi Paloni’s stories, must ask ourselves—cannot help but ask ourselves—the very same thing: Who is it that we want to be? And who are we becoming? 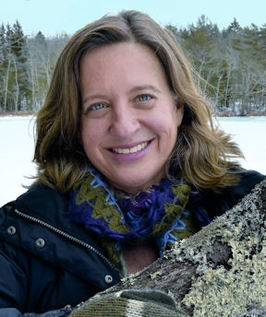 Jodi Paloni’s stories appear in a number of literary journals including upstreet, Carve Magazine, Whitefish Review, Green Mountains Review, Connotation Press, and others. Her work has won the Short Story America Prize and placed second in the Raymond Carver Short Story Contest. She holds an MFA from Vermont College of Fine Arts. Raised in rural Pennsylvania, she lived in Vermont for twenty-five years, and recently settled on the coast of Maine.

They Could Live with Themselves was a runner-up for the 2015 Press 53 Award for Short Fiction and is her debut story collection.