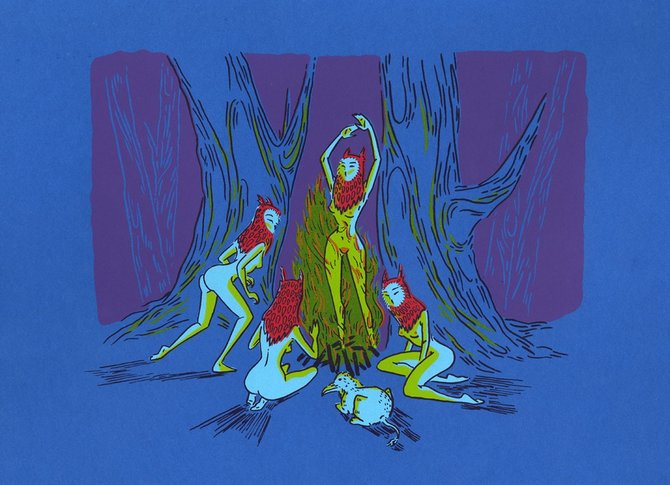 “I seem to myself, as in a
dream,
An accidental guest in this dreadful body.”
–Anna Akhmatova

A scan with closed
eyes bears witness
to lines of knots,
ropes for counting
the matter out of
place – a body and
its discontents,
dreadful as only
fathomable in the
ligatures of a dream.
Accidental, she once
did call it, a matter of
error with no trial
or the sin of generation:
what her grandmother
paid for with queer bones
and left for me to clear the
debt. Yet I remain the
interest, what remains
of transits (of genes, of
prayers) unmoving like
a bind that cannot be
breathed through.
So to be is to overstay,
to be the guest who
refuses every comfort
to become host – no
longer accident but
intent.
TRAVIS CHI WING LAU is a doctoral candidate at the University of Pennsylvania Department of English. His research interests include long eighteenth- and nineteenth-century British literature, the history of medicine, disability studies, body studies, and gender and sexuality studies. His creative writing has appeared in Westwind, Thistle, Spires, Feminine Inquiry, Wordgathering, Synaesthesia, and QDA: A Queer Disability Anthology (Handtype Press, 2015). On his free time, he plays taiko and eats more than his wallet can handle.
ALEXANDRA BEGUEZ is an illustrator, cartoonist and mythographer based in New Jersey. She has a love for bright colors, science fiction, hoofed beasts, potatoes and cautionary tales. Her comics and illustrations appear in Little Nemo: Dream Another Dream, Quarter Moon, Ink Brick and Carboncito. She has received an Honorable Mention from the Society of Illustrators of Los Angeles Illustration West 53 and a 2014 MoCCA Arts Festival Award of Excellence, as well as having work featured in the Society of Illustrators 2015 Comic and Cartoon Annual. Recently, her work was chosen to be included on Latin American Ilustración 4’s online collection, The ARCHIVE. She is currently enrolled in the MFA Visual Narrative program at the School of Visual Arts.