​Judy Halebsky - A Review and Interview 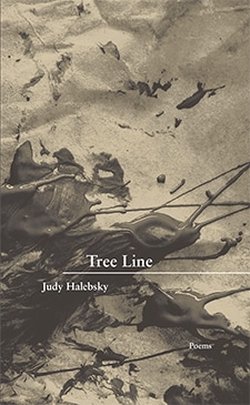 The result is a body of work that evokes a sense of timelessness and statelessness where humanity is the only compass available to navigate one’s way through the landscapes of life, regardless of chronology.  In “Motel 6,” Halebsky writes of Basho, sleeping at the side of the road, and a monk visiting California staying at motel 6:

In this poem and many others, Halebsky, friends, and family members appear among the lines, interjecting commentary and observations, creating a kind of reality check that verifies the emotional premise of the poems.  It is this montage effect that gives Halebsky’s work richness, moxie, and wisdom.

Tree Line notably includes Japanese characters embedded within English lines to further advance alternate, yet complementary perceptions of language and experience.   Four of her poems are based on Japanese radicals (which comprise the basis of Japanese written characters) as referenced in Andrew Nelson’s Japanese-English Character Dictionary.  Halebsky ferries us through the elements of kanji (characters), tracing pictographic and linguistic meanings, then further weaves these etymologies into her poems, offering the reader a glimpse into a language that is just about as far from English as one can get.

Even in poems that are not ostensibly about Japan, the reader senses the Japanese aesthetic of mono no aware, that fleeting and heartrending sense of here today/gone tomorrow (or sooner):

She also utilizes natural images and koan-like turns of phrases:

. . . lay your snail spine as a mold for me
make your room into a leaf house
an umbrella in the rain house. . .

how far I can see into the distance
depends on the light, not my eyes

Judy Halebsky’s poetry succeeds in capturing the ambiguities of Japanese expression and experience with an intense clarity that cannot be arrived at head-on, but rather through contradiction and indirectness.  In doing so, she connects to the inexpressible within all of us, a place just past beyond the tree line. 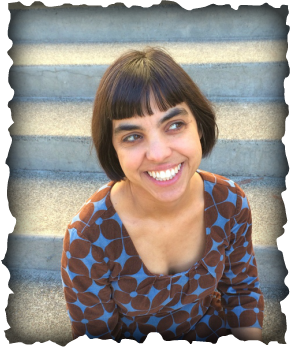 ​Judy Halebsky is the author of the poetry collections Sky=Empty and Tree Line, both published by New Issues Poetry & Prose. Her honors include fellowships from the MacDowell Colony, the Millay Colony, the Vermont Studio Center, and the Japanese Ministry of Culture as well as the Poets-Under-Forty award from Sixteen Rivers Press. Originally from Halifax, Nova Scotia, she lived in Japan for five years training in Noh theatre and Butoh dance. In 2012, on a Graves Award she traveled to places in Northern Honshu that Basho visited in his travel journal Narrow Road. She now lives in Oakland and teaches at Dominican University of California.
​Margaret Stawowy:  Tell us about your decision to include Japanese kanji (characters) into your work.  What challenges did that present for you?  What opportunities?

Judy Halebsky:  After studying art at the Kanazawa College of Art in Ishikawa-ken, I studied Japanese at University of California, Davis. In a somewhat monastic approach, I took the earliest classes at 8 am and would get up at 4 am to prepare for class. While I was studying intensely, I didn’t write many finished poems. My writing practice was so similar to studying Japanese that I couldn’t do them at the same time. However, learning vocabulary with flash cards and making up memory aids for the kanji was full of exciting, revealing poetic moments. These moments later became poems. It wasn’t my goal to include kanji in the poems but rather to create a route to that moment that I came across while learning the kanji.


MS:  You continue a poetic heritage of poets writing in English influenced by Eastern philosophy and Japanese literature. Who are some of your poetic influences, past and present?

JH:  I’m always looking for instructions on how to cross the street, how to get out of bed in the morning, how to make a poem. Wallace Stevens, Allen Ginsberg, Roy Kiyooka, Adrienne Rich, and outstanding poets today such as Anne Carson, Brenda Hillman, Katrina Vandenberg and Dean Radar have guided me. They are with me in writing these poems. I’m also shaped by my training in drawing and painting in terms of ideas about the line and how to look at something. There’s a particular training in drawing of how to observe, how to see lines and shades. Say for example, an artist is drawing a tree. Rather than drawing from an image in her mind of a tree, she needs to look at the exact tree in front of her and see the lines and shapes and colors separate from what preexisting ideas she brings to the tree.  This way of seeing, that I learned from life drawing, informs my approach to writing.


MS:  Tell us a little about your process when writing your poems.

JH:  I work from a collage technique drawing from happenstance and multiple other sources. I’m always writing in a journal. When I find some other source of material (a dictionary, a field guide, a random conversation) that dovetails with the writing in my journal, I start to piece together a poem. The journal is extensive free writing that tries to get into the unconscious. In this way, the poems are fragile — I’m trying to let them come to me. There’s a huge messy sprawling process of generating material and seeing if some little threads can come together. I’m looking for pieces that reflect or overlap or crash together. This is informed by the aesthetics of haiku – images that crash together to evoke a third. Within a nuanced juxtaposition, I’m working with how these disparate threads can create contrast and density and some kind of illumination.

MS:  What is your next project?

JH:  The poem Li Po Loved Two Things is a linking poem from Tree Line to my work now.  I worked closely with Matsuo Basho’s haiku and his aesthetic concepts in this collection. The poems I am working on now are related to Tree Line but informed by writers that influenced Basho such as Li Po and the uta nikki poetic diary form that we see in Sei Shonagon’s Pillow Book. 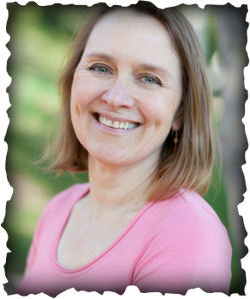 ​Margaret Stawowy's poems have recently appeared or are forthcoming in Up the Staircase Quarterly, Little Patuxent Review, Atlanta Review, West Marin Review, and Ginosko.  She has won awards for her work from Atlanta Review and Beyond Baroque. Originally from Chicago, she lived in Japan for eight years before relocating to Northern California where she works as a librarian.