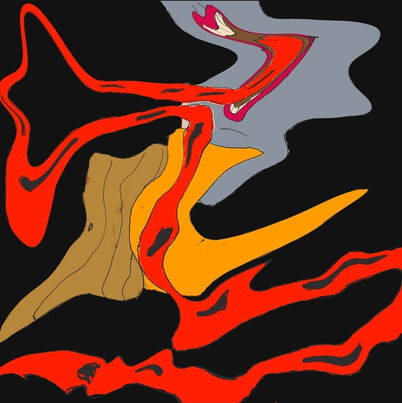 For My Old Breonna Home by Truth Thomas

In my fetal curl, I’m still pierced
by points of lead,

singing lines of death from arias
of smoke, battering

ram timpani, an entourage
of one. One, subtracted

less as a choke.
In my crimson pose,

their plain-clothed hoofs still derby
through my door.

AND they’re off:
City of Bullets, out

quickly. Country of Rounds, fighting
for the inside.

call it what it is.
Slave patrol jockeys,

being marched down the barking streets.
Long after their shells

made me know rivers,
I feel my fingers

slip from the life raft of his hand. Grip
strength trumped

by cooling board tug, I
sink into hallway

and Bikos, in chilly
arrest of the wet. I see

oceans of Arberys, crossing with me,
swimming in crucified

Floyds, I see we are the sea — bottomless,
as our moans, that carry

like currents
of whale songs.
TRUTH THOMAS is a singer-songwriter and poet, born in Knoxville, Tennessee, raised in Washington, DC. His poetry collections include Party of Black (2006), A Day of Presence (2008), Bottle of Life (2010) and Speak Water (2012), winner of the 2013 NAACP Image Award for Outstanding Literary Work in Poetry.
Prachi Valechha is a freelance cartoonist and animator from India. Valechha loves to make Toons and Toons for Tunes.
You can find more of their work at: instagram.com/rainbowteeth