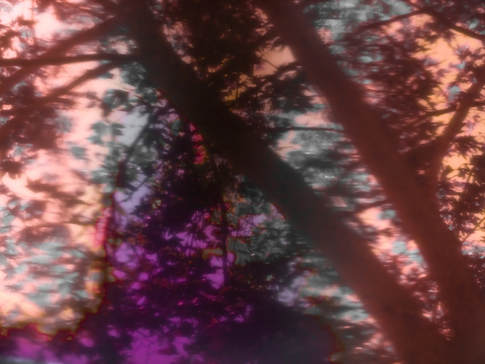 "Holga in Their Sleep" by Tricia Louvar

"On Seeing Coworkers in the Light of Day" by Victor Koran

​He found me where he shouldn't
where he shouldn't be
With his wife
With his cart
in the supermarket
I saw him first
looked the other way
The other way down the wrong aisle
down the aisle he rounded
Rounded with his eyes     wide
like a maw     like surprise
like a tractor beam     like hypnosis
my legs moved     lockstep like a lemming
He was mythic     coworker in the wild
containment free
a beast
And the smell
the ozone      copper smell
mix of sparks and dust
blood and sweat
concrete staleness
Like the goatman
Like the wendigo
the rotten stench of walking corpses
even his shapeshifting couldn't hide
And as he reeled me in
That fraud
Changeling
that could consume my soul in that aisle
I feared
his true form
That any second
girders and tarps
forklifts and palettes
stacks of racks and orders
might burst from his chest
Victor Koran is a 25 year old insurance call center representative with a background in industrial labor in the Ohio River Valley. He writes to bring a voice to the disenfranchised blue collar workers of the Rust Belt. His work is forthcoming in the Cobalt Review.
​Tricia Louvar lives in the Pacific Northwest and studied journalism, poetry, aesthetics, and documentary photography in college and beyond. She works in publishing as a visual artist and writer. Her work has appeared in the New York Times, Los Angeles Times, Brevity, Orion Online, Zyzzyva, and more.  tricialouvar.com