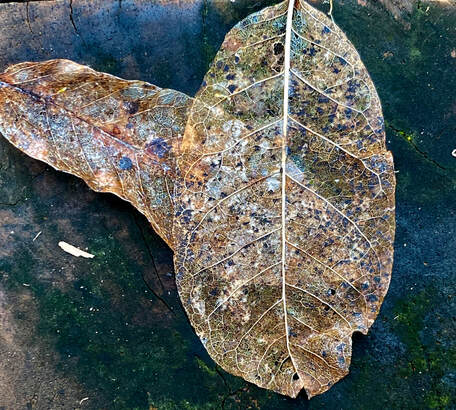 An Avalanche of Heat by Vismai Rao

this June. & I wonder if that had something to do with it: your going away
with such urgency. All that ripened

in your absence: mangoes, the sweetest of papayas, the twelve
raw gooseberries

in a jar of turmeric water. Three months after,
I took down the mint green curtains, moved the hutch to face the doorway,

the big couch against the bedroom wall.
Not a single blade of grass seemed to grudge

your leaving when I tore into the yard
with the lawnmower. In September, while the Siberian cranes

slowly returned to their winter home, I trained
to the southernmost tip of the peninsula where three oceans

merge into one. Grey rocks covered in seacrabs
resting reassured by the nearness of water. & in the distance, the horizon:

Vismai Rao's poems appear in Salamander, RHINO, Rust + Moth, Pithead Chapel, Psaltery & Lyre, bath magg, Jet Fuel Review, Barren Magazine, & elsewhere. Her work has been nominated for the Pushcart Prize, Best of the Net, and the Orison Anthology. She serves as Poetry Editor for The Night Heron Barks. You can find her on Twitter @vismairao
David Goodrum (Corvallis, Oregon) has had photography published in various art/literature journals and juried into many art festivals. He hopes to create a visual field that transports you away from daily events and into a place that delights in an intimate view of the world. See additional work at www.davidgoodrum.com.