We Are Birds by Emily Blair 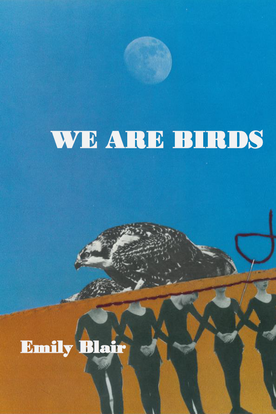 Emily Blair’s WE ARE BIRDS is a layered thing, a blunt dance with metaphor that’s undecided if it wants to break your heart or make you break a stare-down with Blair, herself. She’s not bashful in this collection, and that’s the page-turner.


Intimacy is the ultimate focus. Know this going into the book: there’s a lot of sex. It isn’t an easy thing to write about for most, and queer intimacy is even more difficult. But it’s more than that. In these poems you’ll find an exploration of the intricacies of heartbreak, how it looks different in each setting. You’ll find faults, self-admitted and burning. You’ll find blame, thrown without regret. Nothing here is one-dimensional: where Blair offers self-examination, she also examines her partners and the rough edges she and they try to make work. In each go, emotions get cluttered and confused or flatly denied; while the messes made seem exhausting, let’s face it: the bore of clean corners is hardly worth exploring.

Playfulness isn’t lacking, either. Early in the collection, silly notions of lesbian sex are mocked with imagery plucked from the dishwasher: lost in the ridiculousness of untangling forks, Blair reminds the reader it’s nothing like that. The tumble of temperament in these poems is unexpected but it makes for a broad experience. Though her go at humor is limited and delivered slyly and coated with sarcasm, Blair also picks at those too curious to judge and will earn your grin in the process:

In technical points, the writing is tight: clean and careful; no words are wasted and the poems take thoughtful advantage of space on the page. Content, on the other hand, runs from caution and wants nothing to do with tidy endings – authenticity being the book’s finest attribute.

Repetition makes a play in an odd but clever way. Despite being a fan of Emily Blair’s work, the table of contents in WE ARE BIRDS left me with the impression the book would circle redundancy – the pre-judgment based on the collection having only five poems individually named and another twenty-one poems all titled “this is how two women have sex”, each with a number beside it. The wow factor ought to have lost effect after the fourth repetition of the titling, but it didn’t. Blair found a way to let these poems build on each other, making sure they’re related but showing different vantage points of what her experiences entail. What I found especially appealing here was her indirect way of tackling preconceptions. Despite the absurd assumption queer people and queer experiences are all the same and so completely different from that of straight people, the contents of her poems, most of which share the same basic title, are hardly similar. Go figure, right? Human experiences looking like human experiences. 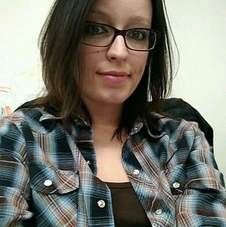 Rachel Nix is an editor for cahoodaloodaling, Hobo Camp Review and Screen Door Review. Her own work has appeared or is forthcoming in L'Éphémère Review, Occulum and Pidgeonholes. She resides in Northwest Alabama, where pine trees outnumber people rather nicely, and can be followed at @rachelnix_poet on Twitter.